Can We Have Movie Heroism Without The Sexism, Please? (An Excerpt)

Can We Have Movie Heroism Without The Sexism, Please?

Most movie heroism, of men and women, is underpinned by the victimisation of women — and, ironically, that’s the only kind of gender equality in cinema

It’s fairly standard Hollywood screenwriting. The hero can’t be a hero until they overcome something. There has to be some kind of obstacle to greatness that makes their journey to greatness even greater. If that obstacle can then be spun to act as motivation of said character as well, then that’s even better. But, have you ever noticed that – whether the hero in question is a man or woman – their heroism is disproportionately dependent on the victimisation or sacrifice of women?

For male heroes, it’s often a dead wife or daughter. Or, it’s a wife and/or daughter under threat. Or, it’s a wife and/or daughter who previously rejected him, and he wants to win them back regardless of their feelings on the matter. Sometimes, it’s the male hero’s mother. From Lethal Weapon and Die Hard, to Iron Man and Batman V Superman: Dawn Of Justice — male heroes are regularly motivated to greatness by the emotional and physical pain inflicted upon women.

But, so are women heroes. The difference for them is it’s just as likely to be a first-hand experience.

This might actually be the only kind of gender equality that exists in western cinema — the fact that, in general, everyone’s heroism is facilitated by the suffering of women.

On the one hand, yes — when comparing men and women in society, women are the oppressed class, so it makes some kind of sense that this is reflected in our cinematic entertainment. But, on the other hand, it is entertainment — socially influential entertainment at that — and the implications of having the suffering of women be the motivation for heroes of all kinds are two-fold.

Firstly, applying the ‘suffering of women creates heroism’ trope to women heroes means they have to earn their hero status by surviving trauma, while male heroes just have to deal with the trauma having happened to someone else. It means these men get to have complexity of emotion — perhaps they feel guilt, regret, and grief along with their anger — while women heroes are mostly driven by plain old vengeance and are largely defined by their ‘damage’. Oftentimes, it also means that we have to sit through scenes — either in the first act of the movie or in flashback — where we watch the trauma and abuse happen. Or, we have to listen as they embark on the inevitable ‘woman is required to recount trauma for entertainment purposes’ scene.

But it’s far more insidious than that because, secondly, it re-frames the trauma and abuse of women as a positive thing. It says that trauma and abuse of women is necessary for them — and men — to become heroes. As if patriarchy is doing us all a favour by building itself on the oppression of women — because at least that gives women something to overcome, right? And men, too, when they rush to their aid and defence.

It means, in summary, that women are supposed to be grateful for the abuse and pain they experience.

This trope — this current Hollywood standard — allows big budget movies to look like they are striding forward in feminist fashion without doing the real work. It’s more of the same old smoke and mirrors that turn out to be just as damaging as the problem from which it distracts. It is an unfortunate detour from the road we need to be walking — the road that takes us to a place where all women are included and have the opportunity to display heroism in all forms, not just heroism that conforms to the preferences of white patriarchy; not just heroism that is allowed by white patriarchy, on white patriarchal terms.

In 2000’s Crouching Tiger, Hidden Dragon, for example, the heroic characters of Yu Shu Lien (Michelle Yeoh) and Li Mu Bai (Chow Yun-Fat) are bound equally by the loss of Meng Sizhao, but the vengeance they ultimately seek together relates to the murder of Mu Bai’s former mentor — making Mu Bai’s trauma the primary motivation, rather than that of Shu Lien.

Then there are movies where we don’t have to hear about the past trauma of women at all. In 2018’s Black Panther, Shuri (Letitia Wright), Nakia (Lupita Nyong’o), and Okoye (Dania Gurira) are all incredible heroes who are instrumental to the plot — and we cheer for them throughout the movie, without needing them to re-open past psychological wounds for our titillation. They are not motivated by vengeance for the infliction of pain upon women. They do not need to convince us of their worthiness. They’re just awesome heroes.

The character of Warrant Officer Ellen Ripley is an interesting example, in that we know nothing much of her personal life when we first meet her in 1979’s Alien — and this, in large part, is what has helped to make her such an enduring and iconic movie hero. Her past experiences are irrelevant to the plot of the film. She responds to the terrifying events of the movie as they unfold, and we learn about her nature without having her explain it to us in an emotionally charged monologue. This is revolutionary in terms of storytelling in movies because, not only was it unusual for its time 40 years ago, but it also means we are required to empathise with a woman onscreen without her having to explicitly ask for that empathy. She is written and performed in such a way that she doesn’t need to bare her innermost fears and past traumas in order for us to be compelled by her plight and actions. She is a human being, not a stereotypical pre-damaged damsel who needs help to heal.

As her franchise progresses for three more movies, we see her face traumatic situations and violence at the claws of various Xenomorphs and, sometimes, the hands of androids. These are her obstacles. While there are indeed allusions in her movies to the sinister machinations of corporate men with financial interests (and an attempted rape in Alien 3), Ripley’s heroism is most assuredly not defined by damage inflicted in her past; nor is it particularly driven by vengeance. Her primary motivation is survival — her own, and that of humanity. She doesn’t have to earn the right to be heroic, or justify it by complying with terms set forth by men. She just is.

It’s particularly important to remember these points as we head into a phase of movies that will be dominated by Harley Quinn in Birds Of Prey, Rey in Star Wars: Episode IX — The Rise of Skywalker, Sarah Connor in Terminator: Dark Fate, and Diane Prince in Wonder Woman 1984. While a white patriarchal society will undoubtedly point to this time as some kind of celluloid victory for women, this is only sexism in disguise. They are all white women, whose respective paths to heroism are defined by the damage inflicted by men.

“But, but… stories about women overcoming the obstacle of patriarchy are feminist!”

Continue reading, over on Medium.

Enjoying my work? Leave a tip in the jar! 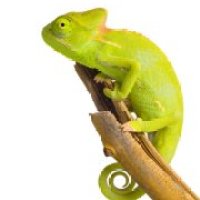 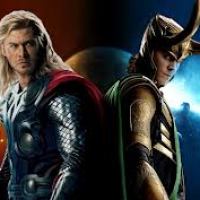 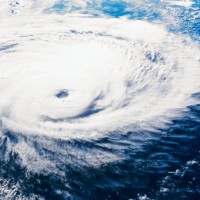 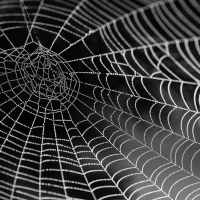 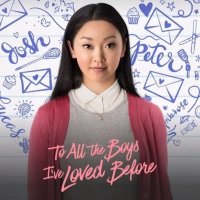 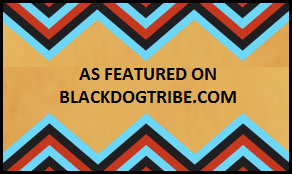