On Channillo: ‘Atomic Blonde, And The Phenomenon Of The Male-Written Token Fem-Bot’ (An excerpt from Feminist Flicker) 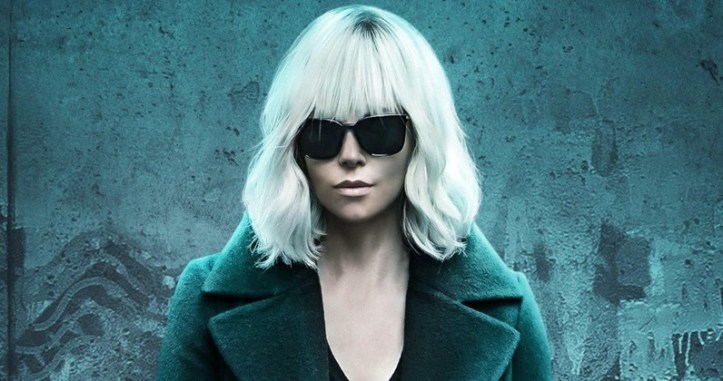 An excerpt from my Feminist Flicker column: ‘Atomic Blonde, And The Phenomenon Of The Male-Written Token Fem-Bot‘

“Let’s not beat around the bush here – Atomic Blonde is a decidedly average movie. It’s not great, and it’s not terrible. It has flaws (largely in its plot), and also some enjoyable moments (largely in Charlize Theron hitting dudes with kitchen appliances). But while the film itself is passable at best, it does bring to the fore a phenomenon of modern cinema that is the direct product of tokenism and thinly veiled misogyny – and that is, the Male-Written Token Fem-Bot.

We’ll start with a little context. Atomic Blonde is an action-mystery-thriller based on the graphic novel The Coldest City, by Antony Johnston and Sam Hart. The film is directed by David Leitch – a former stunt man who was an uncredited co-director of 2014’s John Wick. From that job, he was hired to direct Deadpool 2, and preceded the release of Atomic Blonde with a Deadpool short film, titled No Good Deed. Atomic Blonde is written by Kurt Johnstad. Johnstad previously wrote 300, Act Of Valor, and 300: Rise Of An Empire.

So, looking at the combined body of work of this writer and this director, we can see that neither has a history of delivering compelling female characters. There’s a first time for everything, though, right? Maybe – but this is not that time.

There are 15 named characters in Atomic Blonde, and four of them are women. Of those four, only two have more than a fleeting appearance – and they are the lead, Lorraine Broughton (played by Charlize Theron), and the supporting character Delphine Lasalle (Sofia Boutella). So, here we have tokenism. Yes, Atomic Blonde is a female-led action movie, but that doesn’t make it a beacon of equality and inclusivity if the female representation consists of one white woman, and one woman of Algerian-French descent, adrift in a sea of white testosterone. You might argue that such a casting choice is reflective of the 1989 Berlin setting of the story – to which I would respond by advocating the reading of actual history books.

The point of the film is to set a highly derivative MacGuffin (a stolen list of spy personnel – as seen in 1996’s Mission Impossible, and countless other spy thrillers on both the big and small screen) against the backdrop of the chaotic last days of the Berlin Wall. This means that we get to immerse ourselves in wave after wave of aesthetic, stylistic filmmaking choices – all of which leave us with a film that is, for the most part, style over substance. The only thing that elevates this spy thriller above the many, virtually identical movies that have preceded it, is the action set-pieces and fight sequences – which are very well executed thanks to the director’s background in stunt work.

But, it is the nature of these two female characters that is so disappointing, because they are both so unabashedly stereotypical. They are cookie-cutter women that could have been lifted from any other lazy attempt at writing women, and dropped into this story without a single adjustment. There is nothing either new or interesting about them, which makes the women of Atomic Blonde the latest in a long line of Male-Written Token Fem-Bots.

We’ve met the Male-Written Token Fem-Bot so many times before that she has become the ‘norm.’ As an example, she was played by Angelina Jolie in 2010’s Salt; in 2003’s Kill Bill by Uma Thurman; by Linda Hamilton in 1991’s Terminator 2: Judgment Day; by Gina Carano in both 2011’s Haywire and 2016’s Deadpool; and she’s been played many times by Scarlett Johansson – in 2014’s Lucy, and in several instalments of the Marvel Cinematic Universe, to name but a few. She is easily identifiable by the simple fact that she spends almost the entire movie scowling – presumably to telegraph the idea that she is concentrating very hard on Very Important Physical Things.

There are two main issues with the Male-Written Token Fem-Bot – both of which point to sheer laziness on the part of the male screenwriter, because both result from the fact that these female characters are essentially stripped of emotion.

Firstly, the Male-Written Token Fem-Bot is very serious and rarely smiles, because this way, the film can hint at some intense maelstrom of a situation happening just below the surface, but never has to investigate further. It all adds to the ‘mystery’ of the woman. She has stuff on her mind, but we don’t need to know what it is, beyond the fact that she is royally cheesed off. This allows for the writer to allude to an internal experience, without ever having to get his hands dirty dealing with what it actually might be. All we need to know is that she is the “strong woman” archetype because, look how she Fights Men While Having Things On Her Mind.

Secondly, and most egregiously, in employing such laziness in screenwriting, these female characters perpetuate misogyny. They might be packaged and marketed as high profile “strong female leads” for which we are expected to be grateful, but in stripping them of emotion and presenting them as heroes to aspire to, these writers are simply supporting the patriarchal notion that the ideal woman is simple, one-dimensional, and inexpressive. This ideal woman doesn’t make a nuisance of herself by having messy feelings all the time. She represses them, instead.

By creating these heroic female characters in this very specific way, the message from these screenwriters is clear: We can get away with writing big movies without dealing with pesky female emotions, so we will continue to elevate this female stereotype that appeals largely to male viewers under the guise of ‘strong woman.’ Because, you see, women are just supposed to get on with it, right? Emotional content does not apply, because single-visioned men do not want to deal with it.

The responsibility for this never-ending trend does not lie solely with the male screenwriters that churn these Fem-Bots out, however. Nor does the blame lay solely with the studios that commission and invest in this tedium. Part of the responsibility also lies with the critical press. Have you ever noticed that the stock, resounding response to almost every instance of the Male-Written Token Fem-Bot in mainstream cinema is “ is totally badass!” Badass. A nonsensical word for a nonsensical, male-written character. The Badass Woman and the Male-Written Token Fem-Bot are one and the same – the ridiculous, unimaginative depiction of a male fantasy.

She can look after herself, so she is satisfied enough with her sense of independence so as not to demand more. She is confident enough that she can be sexually dominant – but only in a way that pleasing to the male gaze. She has Things On Her Mind, but she is dealing with it internally, so it does not need to be dealt with onscreen, thank you very much. This is the male idea of what a “strong woman” is…”

Read the rest at: https://channillo.com/series/feminist-flicker-decoding-sexism-in-movies/567-21709/